Over the past decade, Ethiopia has made encouraging progress in reducing chronic undernutrition children. According to the Ethiopian Demographic and Health Survey (EDHS) reports, stunting among under 5 years old children has declined from 52.2 % in 2005 to 38.4% in 2016 at national level. Over the same period, the areas selected for intervention in the first phase have also experienced reduction in the level of stunting in under 5 years old children- in Afar from 46.8% to 41.1%, in Benishangul Gumuz from 45.8% to 42.7%, in SNNP from 56.8% to 38.6%, in Gambella from 35.5% to 23.5%, which remained above the national average except in Gambella. However, the level of acute undernutrition (wasting) in children increased in Afar and Gambella regions, while it declined in Benishangul Gumuz region and remained almost unchanged in SNNP as in the nation as a whole. On the other hand, underweight, which takes into account both acute and chronic undernutrition, has slightly increased in Afar but declined in the other areas selected for intervention as in the country. 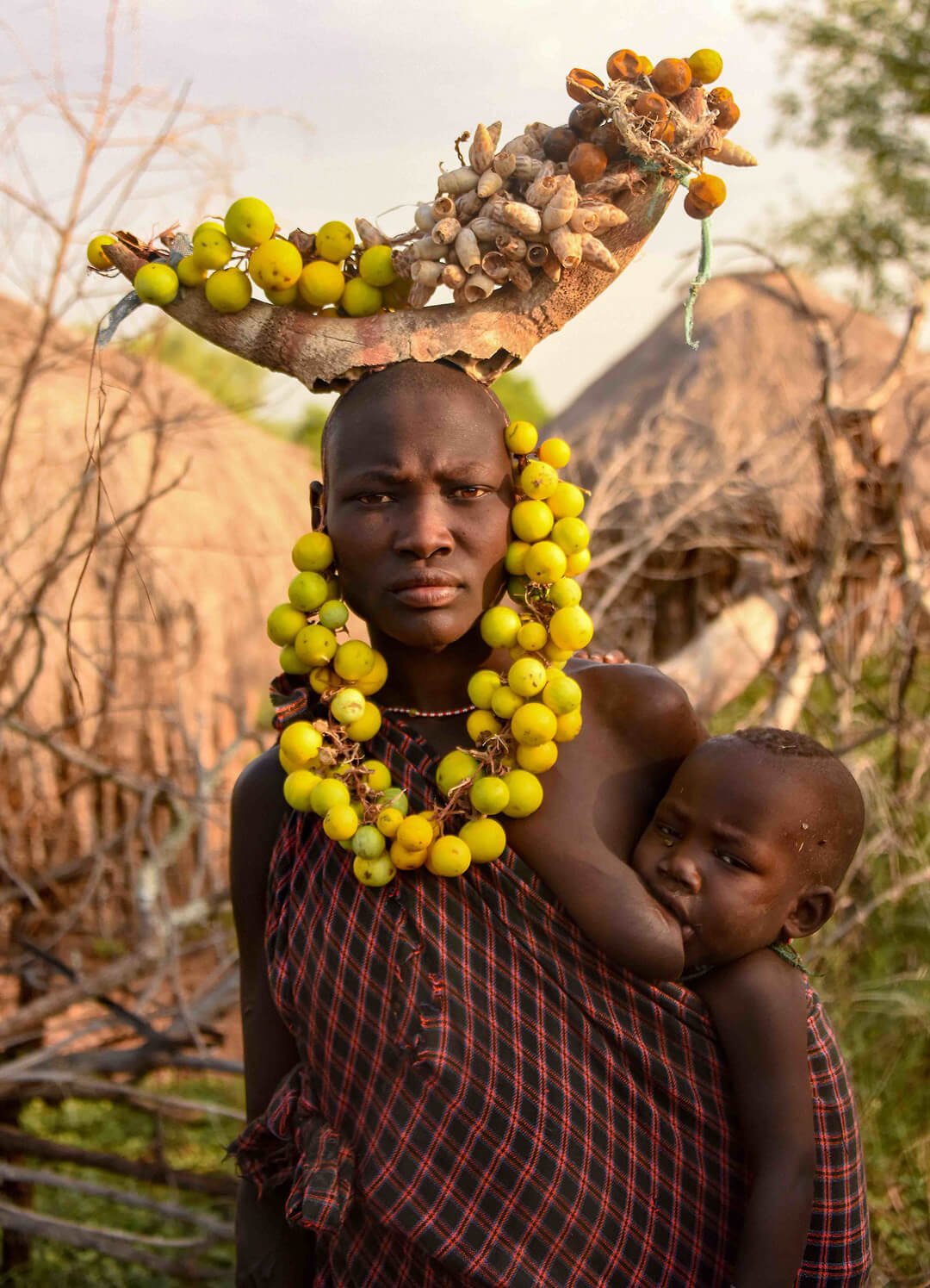 For a comparative summary and trends in child mortality in Afar, Benishangul Gumuz, Gambella, and SNNPR States look into the tables below.

Besides these, EDHS 2016 report indicated that 74.8% of under 5 years old children in Afar, 56.2% in Gambella, 50% in SNNP, and 42.5% in Benishangul Gumuz are anaemic. Anaemia in under 5 years old children has increased in Afar, SNNP, Addis Ababa, and at national level, while it declined in Benishangul Gumuz, Gambella, and Amhara regions between 2005 and 2016 as shown in table 5 below.

​Despite the progress made in reducing stunting in children under age of 5 years at national and sub-national levels, an estimated 5.2 million children in Ethiopia remain stunted with deleterious lifelong impacts of child undernutrition. Malnutrition affects every walk of life- health, education, and productivity with negative effects on socioeconomic situation of individuals, families, communities, and the society at large. Based on the cost of hunger in Africa (COHA 2013) study report, 67% of the adult population in Ethiopia suffered from stunting as children with negative effects on their productivity. The total annual losses associated with child undernutrition are estimated at 55.5 billion Ethiopian birr which is equivalent to 16.5% of GDP. The same report indicated that the health costs associated with child undernutrition is 1.8 billion birr, out of which 1.6 billion birr (90%) is cost to families and 185 million (10%) is cost to health systems.  Undernourished children have increased chance of experiencing anaemia, diarrhea, acute respiratory infection (ARI), and malaria. In addition, the report depicted that 16% of all repetitions in primary schools are associated with stunting and stunted children on average achieve 1.1 years less in school education. The costs of repetitions associated with child undernutrition estimated at 93 million birr, out of which 59 million birr (63%) is cost to families and 34 million birr (37%) is cost to education systems. This study has shown that nutrition is of utmost importance for improved health, education, and productivity of the workforce across sectors, which are needed in attaining national growth and transformation.

Ending child undernutrition is not an issue of a simple fix. It requires adequately addressing the immediate and underlying causes of malnutrition with nutrition specific and nutrition sensitive interventions across multiple sectors. Cognizant of the far reaching effects of child undernutrition, the Government of Ethiopia has issued Seqota Declaration- political commitment to end child undernutrition in Ethiopia by 2030. Also the government has prepared and implementing the 2nd national nutrition programme (NNP –II, 2016-2020) which calls for multisectoral actions by 13 sectors to enable ensuring food security and nutrition security in the country. To have lasting impacts in combating undernutrition, the Government of Ethiopia together with its development partners has launched nutrition in the first 1000 days of life, which covers the period from conception of pregnancy until the child becomes two years of age. To enhance caring in early childhood and promote exclusive breast feeding, Ethiopian parliament enacted a law that extends maternity leave period to 120 days and calls for organizations to establish baby corners at the workplace. Moreover, encouraging progress was attained in iodization of salt for use in the households. According to the EDHS reports, percentage of households using adequately iodized salt has increased from 20% in 2005 to 89% in 2016. Proportion of households with iodized salt is almost similar to the national average in the regions except in Somali (63%) and Afar (74%) which have lowest coverage. 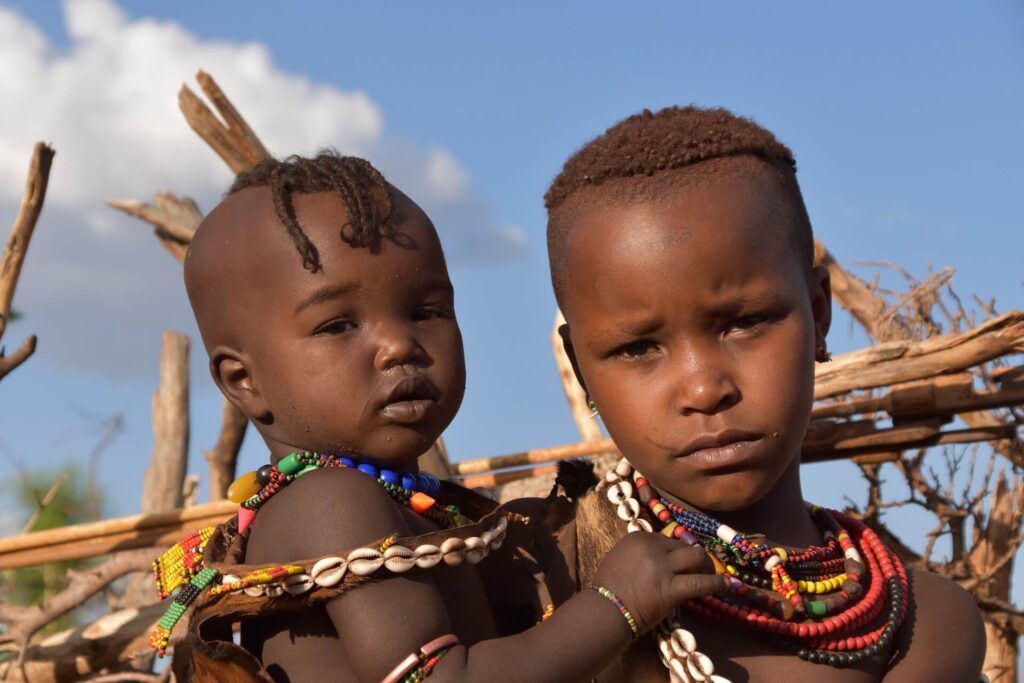 Similarly, coverage of supplementation of vitamin A, iron, and de-worming medication to children age 6-59 months is low at national level and in the areas selected for intervention in first phase.

Comparison of coverage of supplementation of iron, vitamin A and deworming medication to children age 6-59 months in the areas selected for intervention with best performing region and national level

The information shows that infants and young children are prone to vitamin A and iron deficiencies as neither the consumption of foods rich in vitamin A and iron nor the supplementation are to the optimal level. Low coverage of deworming medication coupled with poor sanitation practices aggravates the situations.

On the other hand, improved women’s nutritional status is essential in attaining better health outcomes of mothers and children. However, woman of reproductive age are highly vulnerable to undernutrition due to inequitable distribution of food within households, inadequate intake during times of heightened needs such as puberty, pregnancy and lactation, and dietary taboos. The height of women can be associated with undernutrition during childhood and adolescence. Small stature is often associated with smaller pelvis size and difficulty in delivering a child. Moreover, maternal acute undernutrition results in low birth weight and its associated risks.

Comparison of trends undernutrition in women who are too thin with BMI less than 18.5 in the areas selected for intervention with best performing region and national level between 2005 and 2016

Anaemia among women may be the underlying cause of maternal mortality, spontaneous abortion, premature birth and low birth weight. EDHS 2016 report indicates that percentage of women aged 15-49 years with anaemia ranged from 16% in Addis Ababa to 44.7% in Afar and 59.5% in Somali regions. Prevalence of anaemia in women declined from 26.6 % in 2005 to 23.5% in 2016 at national level. There is decline in anaemia among women in areas selected for intervention except in Afar.

The ongoing efforts have to be intensified to attain the Seqota Declaration of ending child undernutrition and the Sustainable Development Goal of eliminating malnutrition in all its forms by 2030 in Ethiopia. The cost of failing to end malnutrition has grave consequences on health and economic livelihoods of individuals, families, communities, and the nation as a whole. Taking the remoteness of the areas selected for intervention, malnutrition will hinder realization of equitable socioeconomic development.

The immediate and underlying causes of undernutrition in children and women of reproductive age in these areas need to be unfolded to adequately address problems related to the delivery and utilization of nutrition specific and nutrition sensitive interventions across multiple sectors. These will require bringing change in mindsets, in the intensity and scale of actions tailored to end malnutrition.

The Hailemariam & Roman Foundation in collaboration with its development partners will support the efforts of government, communities and partners in bringing transformation in nutrition actions through high level advocacy aimed at creating consensus among leadership and awareness in the communities at large on the importance of nutrition, the costs of undernutrition, its causes and possible solutions; implementing joint model initiatives for ending malnutrition in children, and building capabilities of developmental actors for effective delivery in the areas selected for interventions.