The Hailemariam & Roman Foundation (HRF), in partnership with stakeholders, has established a unique political leadership platform to help implement a five-year project for the restoration of the Chamo catchment. 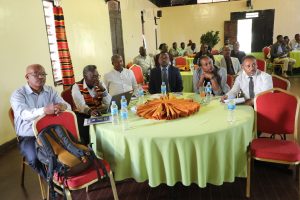 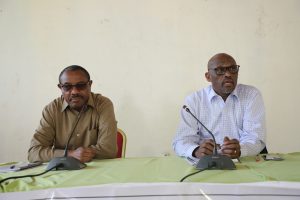 The HRF has been working in a range of efforts to convene and bring together stakeholders who can contribute significantly to the conservation of biological diversity. One of the instances is the multi-stakeholder platform, which was formed in January 2021 and brought together 48 stakeholders in order to restore the biodiversity of Nech Sar National Park.

Based on its prior experiences, the foundation convened a meeting last week, on January 18, 2022, in Arba Minch city, to facilitate the implementation of the Chamo catchment restoration project. This joint platform of political leaders, which was prepared with financial support and cooperation from GIZ-CLM, brought together those who have a significant role in the successful implementation of the project, such as chief administrators from Gamo zone and six Woredas under it, Konso zone and Segen Woreda under it, as well as administrators from Derashe, Burgi and Amaro special Woredas; office heads of agriculture and natural resources, and environmental protection,  as well as heads of Prosperity Party offices of the respective structures. 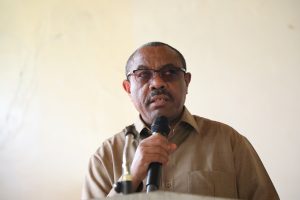 In the platform’s opening session, the former prime minister of Ethiopian and chair of the Hailemariam & Roman Foundation H.E. Hailemariam Dessalegn stated that Participatory and sustainable soil and water conservation work would soon start in 10 Woredas under the two zones and three special Woredas in the Chamo landscape with the financial support mainly from the German Development Bank and other partners’ engagement. He further said that the project, which will be in operation for the next 5 years, will put communities at the center and the role of the local leaders in the process of coordinating and mobilizing the local communities is crucial. Hence, it brought about the need to create this particular leadership platform. Finally, he underlined that the local leaders should realize the benefits of the project in terms of job creation and changing the living conditions of the community in addition to restoring our natural resources, and work with integrity and commitment for the success of the project.

During the event, members of the platform were briefed on the five-year project through the FDRE Ministry of Agriculture’s Sustainable Land Management Program. Then, Professor Eyasu Elias, the State Minister of the FDRE Ministry of Agriculture, stressed in the work instruction speech he delivered that the success of this project depends on the commitment of all stakeholders. In particular, he noted that the role of the leaders is indispensable and said that special attention should be paid to the fact that the natural resources can be recovered in a short period of time by using the resources allocated for the work and the community in the basin can improve their livelihoods by engaging in alternative livelihood activities that would be created in the process.

Dr. Alemayehu Assefa, the chief of the Climate-Smart Conservation & Eco-Tourism (CSCET) Program, stated that the draft guideline, which had been conceived by HRF for the establishment and operation of a leadership platform, had been presented to the leaders and had received their full approval following extensive discussion. According to the Chief of the Program, the purpose of establishing this key leadership platform is that the project can only be achieved with the cooperation of many stakeholders, the active engagement and participation of the community, and the commitment of the political leadership.  “Hence the leaders are expected to make quick political and administrative decisions to help the integrated efforts of the stakeholders and the community in a meaningful way by solving the obstacles that may be encountered in the implementation of the project,” he added. 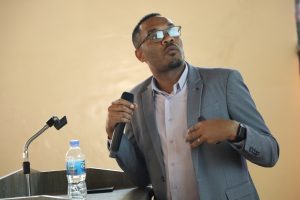 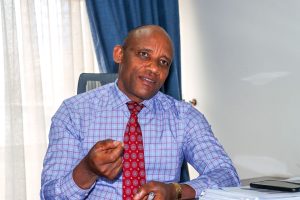 Finally, in the election held following the guideline ratification, Mr. Birhanu Zewde, the chief administrator of Gamo Zone, was elected as the chairman of the leadership platform. It has been stated that the Hailemariam & Roman Foundation will take the role of the secretariat of the platform and will be responsible for facilitating the overall operations of the platform between regular meetings and monitoring the implementation of the decisions passed. 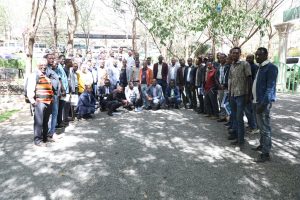