A high-level delegation led by the former Prime Minister of Ethiopia and Chairman of the Board of Trustees of the HRF, H.E. Hailemariam Desalegn, and the former First Lady of Ethiopia and the CEO of the HRF, H.E. Roman Tesfaye, held a discussion with the community members on the foundation’s activities and future plans at Jemu town, West Omo Zone. The former Prime Minister and his delegation received a warm welcome from local government officials and members of the community as they arrived in Jemu town. 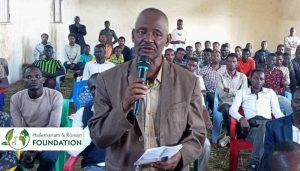 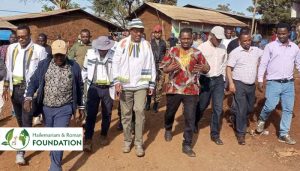 The high-level delegation team made a field observation of the foundation’s projects focused on women and youth in low-income status and held discussions with community representatives.

In his welcome remark, Mr. Metiku Tamiru, Chief Administrator of South Omo Zone, praised H.E. Hailemariam Dessalegn and H.E. Roman Tesfaye for their comprehension and provision of a variety of support by realizing that the area is lagging behind in development and requires special support. Additionally, he urged the foundation to strengthen its level of support and stated that the Zonal Administration would offer the necessary assistance to ensure the success of the projects.

On her part, H.E. Roman Tesfaye stated that the foundation is fully committed to advancing the initiatives being taken to increase the economic empowerment of women and youth in the pastoral areas of the zone, improve the prospects for women’s educational advancement, and maintain activities in this area. She added that given the area’s unique climate, they will work jointly on further initiatives that will improve the lives of the community at large.

H.E. Hailemariam Desalegn explained that the foundation is working on climate change, maternal and child health and nutrition, and youth and women’s economic empowerment programs in the West Omo and South Omo zones, focusing on the Omo Rift Valley. He also emphasized the need to pay attention to developing an atmosphere where the communities residing in these places may boost their economic potential through the protection of natural resources. Finally, he noted that special attention should be paid to the Gori Gesha variety of coffee, which was called after the Gori Gesha forest nearby.

The representatives of the community expressed their happiness with the work activities of the foundation and called for the foundation to expand its scope of support in the future. 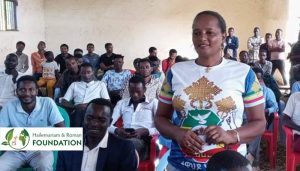 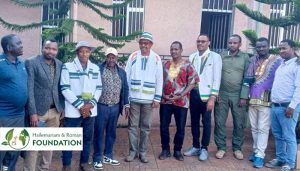