The Hailemariam & Roman Foundation (HRF), in collaboration with the South Omo Zone Health Department, started providing leadership training focused on maternal, neonatal, and child health to ethnic chiefs & the tribal leaders of pastoral Woredas. The training is scheduled to take place in Hamer and Bena Tsamay Woredas from November 8–11, 2022. Participants include ethnic chiefs and tribal leaders, Woreda administrators, heads of the two Woredas’ health offices, and the head of the zone’s health department. 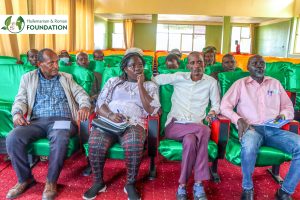 During the opening remarks of the first session of training that started in Dimeka city, the deputy chief administrator of Hamer Woreda, Ato Taye Lowoye emphasized that since HRF commenced special support for reproductive, maternal, and child health, discernible changes are being witnessed in the Woreda. He further stated that the training being provided to tribal leaders and ethnic chiefs who are highly accepted by the community will play a significant role in bringing about a progressive change in the health sector. 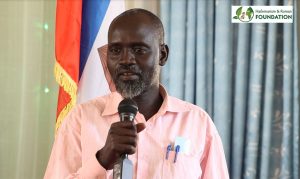 Abraham Atta, the head of the South Omo Zone Health Department, said that communities in the pastoral Woredas of the zone, especially in the Hamer area, had a low habit of going to health facilities, however, in recent times following various efforts made in coordination with the Hailemariam & Roman Foundation, the number of mothers who came and gave birth to health facilities has dramatically increased and attitudinal change is being observed. He continued by saying that in addition to material support, the HRF has been training health professionals and sector leaders at different levels to build their capacities and that the training currently being given to community leaders is intended to address the problems we have not yet resolved in a sustainable manner.

According to Ato. Meskele Lera, Chief of Program for Maternal, Neonatal, & Child Health (MNCH) & Nutrition at HRF, this training for ethnic chiefs and tribal leaders aims to continue the progressive change noticed in reproductive, maternal, neonatal, and child health programs in Hamer and Ben Tsamay Woredas following the advocacy conference held in June 2022, which HRF organized in cooperation with the health department of the zone. 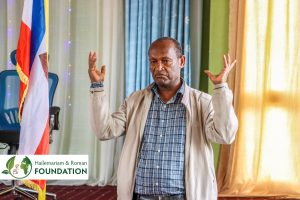 The training, according to the participants, allowed them to learn new health-related skills and knowledge, and it provided a convenient opportunity for them to exchange experiences by discussing their expertise in resolving common social problems. They also expressed their gratitude to the HRF for providing the training. Finally, they pledged that since they are community leaders, they intended to educate their community and find solutions to issues pertaining to mothers’ and children’s health when they return to their own communities. 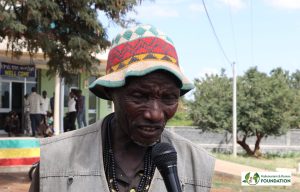 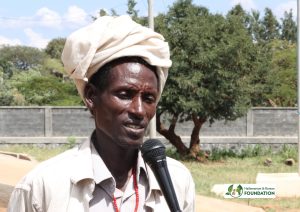