Investing in women’s economic empowerment is believed to play a significant role in ensuring gender equality, reducing poverty, and realizing comprehensive economic development. It is observed that women make a significant contribution to the economy through business, agriculture, entrepreneurship, or employment, as well as the invaluable work they do at home. However, in different parts of the world, it is said that women are subjected to many types of discrimination and are the primary victims of the negative effects of various social and economic changes on their living systems.

Despite the various measures taken to address problems related to women in Ethiopia in the past few decades, the problem is still a chronic issue in both urban and rural parts of the country. Various studies indicate that this is particularly evident in rural pastoral areas such as the West Omo zone. Women in these pastoral areas face a number of challenges, including a lack of decision-making power over issues that directly affect their lives, gender-based violence, and increased domestic responsibilities that lead to physical and mental stress.

According to a baseline assessment report of the Hailemariam & Roman Foundation(HRF) in the West Omo Zone in 2020, harmful practices are the most significant barrier keeping women from engaging in economic activity. Due to these causes, women in society are under a lot of household work strain, which affects their capacity to generate income. 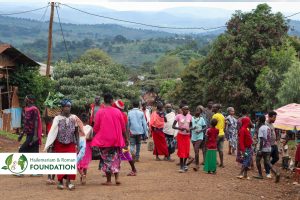 Recognizing the urgency of the problem, the HRF has been undertaking various initiatives since 2020 that focused on youth & women’s economic empowerment, which can solve the initial capital issue concerning female pastoralists, and hosting advocacy conferences to raise community awareness of the issue. On the basis of this, the HRF has teamed up with the West Omo Zone administration to develop projects that would enhance the economic potential of low-income pastoral women in the area. Following entrepreneurship and business skills training over the past year, 62 women and young pastorals from one city administration and four kebeles, including Meinit Shash and Meinit Goldia woredas in the zone, were organized by the association. In this economic empowerment projects, 62 beneficiary pastoralists are organized in 7 associations, and the HRF allocated 372,000 Birr as initial funds to benefit them through OMO microfinance. 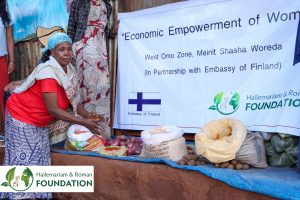 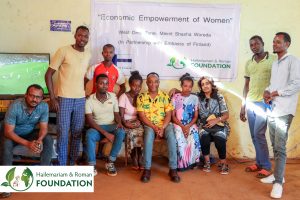 In this course, the government structure of West Omo Zone including the project focus areas, Meinit Goldiya and Meinit Shasha woredas have been working closely with the HRF since organizing the associations and monitoring the activities of the associations. According to Kibnesh Legese, the coordinator of the women’s mobilization  and expansion department in Meinit Shasha Woreda, “women pastoralists are exposed to gender-based abuse and are unable to make decisions on matters that affect their lives due to the prevailing backward attitudes and lack of economic power.” She added that the woreda administration is closely collaborating with HRF on projects aimed at economically empowering youth and women in these woredas. Finally, she praised HRF for its unreserved efforts in addressing the recurrent problems of the pastoral community in the area. 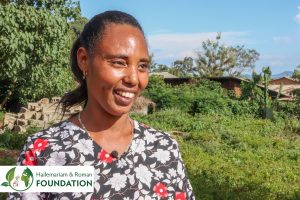 W/ro Askalech Melese, a resident of Jemu City, is one of the female pastoralists who have been organized in the income-generating sector with the help of the HRF’s financing. She is one of the members of the association, which has eight members which have been involved in the business activities of sheep fattening. W/ro Askale, who is married and a mother of three children, says that before she started working eight months ago, she had no source of income and was dependent solely on her husband’s meager income. She noted that her association has prepared sheep for the market in December, and they are going to buy more sheep with the earnings. She said that with the money she now earns, in addition to teaching her children, she makes regular deposits by fostering a culture of saving. 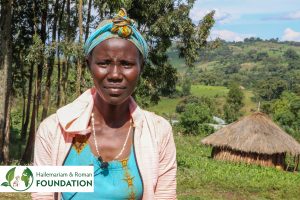 Another beneficiary of the economic empowerment project, Mr. Yematawork Tadele, is a resident of Meinit Shasha woreda who, along with his mates currently engaged in entertainment and cafeteria services at the youth center with the financial support provided by the HRF. The Young Yematawork and his colleagues told us the background story that before they started working in this income-generating activity, they had no job and were spending their time in a barren place. Currently, they have started earning income from cafeteria services including DSTV with the support of 72,000 birr from the Hailemariam & Roman Foundation. Finally, he noted that the local government had made it possible for them to use the youth center without charge as a result of the HRF’s donation. 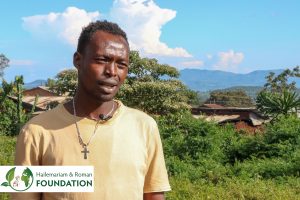 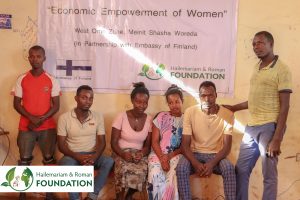