The Hailemariam & Roman Foundation(HRF) has provided various forms of support to secondary schools located in the pastoral areas of West Omo Zone in the Southwest Ethiopian People’s Region in an effort to increase pastoral students’ interest in education and support them to be successful in their studies.

It is to be recalled that the HRF has been supporting girl students in Meinit Shasha and Meinit Goldiya pastoral woredas in the zone with supplementary books, sanitary pads, and tutoring programs. This academic year, it has stepped up its support for pastoral schools that require special support. The two schools received donations of 500 reusable sanitary pads for girls, 20 computers (40 each), and 452 supplementary books today. Additionally, the HRF offers tutorial lessons to 900 girls throughout the year, paying their full tuition. 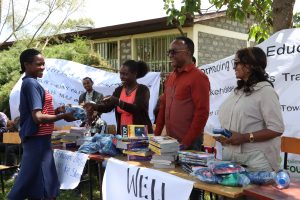 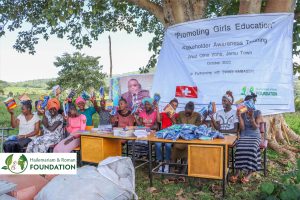 The Chief of Programs of the HRF’s Youth and Women Economic Empowerment Program, Ato Fekadu Tesfaye, who conveyed the message through the donation program, stated that in the previous situation, the students in this pastoral area did not get the necessary supplies for their studies and were not successful in the national exam. According to him, the HRF confirmed this issue through a baseline survey, and as a result, it developed a project that was especially targeted at female pastoral students while also offering a range of services intended to help other male students. “We have brought computer support as promised by the H.E Mrs. Roman Tesfaye, the former First Lady, and CEO of the HRF, in the second semester of last year. Therefore, our desire is for you to be a leading actor in the process of changing this underprivileged society by being effective in your studies, I entrust you on behalf of the HRF,” he urged them to put up their best effort. The head of women, children, and youth Affairs of West Omo Zone, Mrs. Beliyu Tamerat said, “I want to thank the founders of HRF for their unshakable dedication and for making the 700-kilometer trip from the country’s geographic center to help find solutions to the various problems that our pastoral zone faces. Hence, I entrust you to achieve excellent performance in your studies by using the various supports given to girl students, including computers, in an appropriate manner.” 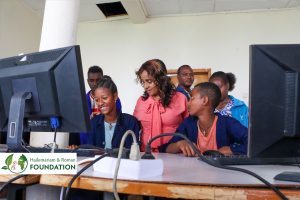 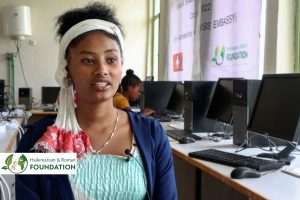 The students who commented said that they are happy with the support provided by the HRF and that it has inspired them to be successful in their studies. A student in the 12th grade named Marsit Endrias revealed that the Jemu Renaissance High School did not have adequate supplemental materials and that no one ever used computers. She expressed her gratitude for the HRF’s assistance, acknowledging that students in pastoral areas, particularly women, require special support. 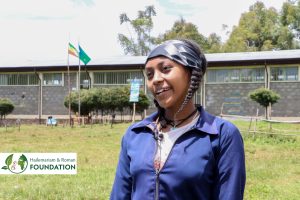 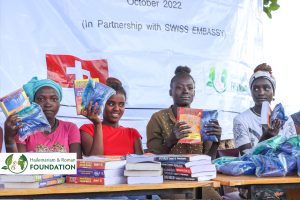 Similarly, the 12th-grade student of Chebera Biagelech High School in Meinit Goldia Woreda, Etsehiwot Abraham said “prior to receiving these sanitary pads from HRF, we were only trained in their use and had no access to them. When we came to school during menstruation, we were embarrassed, we didn’t know where to go and what to do. For this reason, we leave our class and return home.” She thanked the HRF for its donation, which included computers, tutorial classes, and reference materials. Finally, she urged other charities to offer additional assistance because they still face a lot of issues.