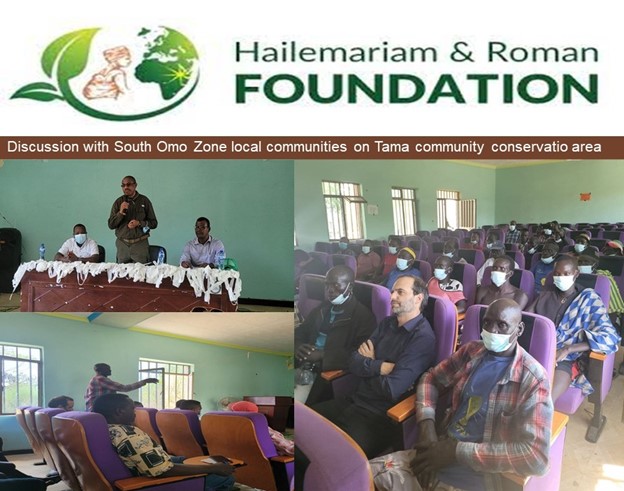 A high-level delegation from the Hailemariam and Roman Foundation had consulted with local elders from various walks of life on community conservation areas. The meeting was attended by local elders from the Morsi, Bodi, and Bacha ethnic groups, as well as senior leaders of South Omo Zone, Sala-Mago Woreda leaders, and managers of Omona Mago National Park.

In his opening remarks, South Omo Zone Administrator, Nigatu Desalegn, thanked the Hailemariam and Roman Foundation for their unreserved efforts to ensure the restoration and sustainable conservation of the zone’s biodiversity and focused on the benefit of the local communities. He also said the forum is a continuation of the initiative launched in October this year under the coordination of the Foundation.

Hailemariam Desalegn, former Prime Minister of the Federal Democratic Republic of Ethiopia (FDRE) and Chairman of the Board of Trustees of the Hailemariam and Roman Foundation, on his part, noted that the current global climate change is linked to biodiversity loss and that the solution to the problem lies in the development of a community conserved areas. 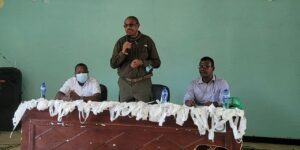 H.E. Hailemariam also spoke on the role of the Foundation in establishing a multi-stakeholder collaboration platform to address environmental issues in a sustainable manner. Detailing the issue, he said that the foundation has been working with the Southern Nations, Nationalities and Peoples’ Regional State (SNNPR), and accordingly demarcation of the areas devoted to community conservation were conducted with the deployment of experts from the region and the process of drafting a legal framework to this end is nearing completion. He also called on elders from all three ethnic groups to share their feelings and raise issues that need to be included in the process. 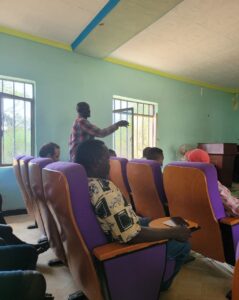 The participants were pleased that their long-held questions of utility have been resolved through the Foundation in a short period of time. In the courses of discussion, they reminded that they had been claiming their natural right for the last seventeen years to take part in conservation activities. They also vowed to ensure nature-based conservation through full engagement of the conservation platform.

In return, they raised some additional issues to be addressed. Accordingly, they mentioned the areas to be incorporated under the conservation boundary demarcation process, their fear of losing animal shades because of unidentified demarcation of the sugar factory, and urged solutions for a problem in the corridors where the animals move from one park to another, and finally requested that similar consultative forums be set up on a regular basis.

Leaders at all levels responded to questions from local elders. The leader of the zonal administration, Nigatu Desalegn, on his part, clarified the issues raised during the meeting and said that the issues raised in the course of the discussion will be addressed by the String Committee and added that the Zonal administration has a plan to work with the Foundation to encourage investors to the area.

Finally, Hailemariam Desalegn, who closed the discussion, said that the Foundation will assist in the implementation of the community conservation area and assured the launch of the program within a few months. On the other hand, he said the local community should prepare an enforcement law and a community-wide environmental plan will be prepared under the coordination of the Foundation. He also said that the foundation will work with the relevant government officials to ensure the supply of electricity to the city of Hanna and to complete the construction of the asphalt road as soon as possible. Summing up the session he said a similar forum would be set up in the near future to review the activities of all stakeholders.