A Working Visit Focused on Promoting Climate Resilience and Ecotourism 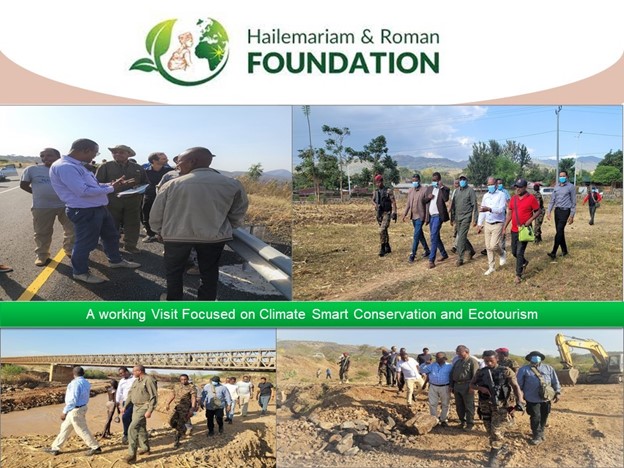 A high-level delegation from the Hailemariam and Roman Foundation with stakeholders has paid a working visit focused on environmental protection and ecotourism in & around Omo and Mago National Parks.

The five-day field visit aims to strengthen the partnership with stakeholders in light of the Foundation’s focus on climate-smart conservation and ecotourism.  Over the past three days, the high-level delegation team, along with senior officials of South Omo Zone and managers of Omo and Mago National Parks, have visited biodiversity areas devoted to community conservation. Those areas have previously been suffering from biodiversity loss and are now being reversed under the auspices of the Foundation.

Dr. Alemayehu Assefa, Head of the Foundation’s Climate-Smart Conservation and Ecotourism Program Chief, said that the Foundation, in collaboration with stakeholders, has spare no effort to realize ecosystem restoration in corridors of Omo and Mago National Parks. He added that with the intervention of the Foundation, the long-held deforestation activities have been halted and we took advantage of the opportunity to support the formation of a community conservancy on the corridor between the two parks. As he said climate change is a key driver of desertification and ecosystem degradation, such a move is great indeed in restoring ecosystems.

He also stated that the Foundation persistently approached regional officials to maintain formal and legal interventions to its end. Accordingly, the regional government Bureau of Culture and Tourism deployed experts who support the entire process and draft the regulation of establishing the community conservancy.

During his working visit, Dr. Alemayehu noted that the efforts exerted by the Foundation in recent years have yielded remarkable results. He further said that the foundation will continue to work with stakeholders to expand its efforts of ecosystem restoration by strengthening its coordination endeavors and bringing about tangible changes in the community conservancy.