The Ethiopians living a pastoral lifestyle are some of the country’s most vulnerable and marginalized people. Studies have found that over 12 million people in Ethiopia live this way, and their numbers are increasing (WB, 2016). They reside in the most inhospitable and remotest areas of the country, which makes it difficult for them to access health care, social services, and economic opportunities.

According to the 2020 baseline assessment report of Hailemariam & Roman Foundation (HRF), the pastoral women in West Omo suffer a lot because of gender-based violence and overwork in the household. They never use modern equipment to ease their workload, like grinding mills or water mills, which are more suited for their task. They rely on traditional methods, like hand grinding, to produce flour and other food items. A woman has to grind the grain using a heavy stone on a small stone slab called a ‘mashewa’ for about six hours. This challenging and time-consuming task leaves pastoral women vulnerable to gender-based violence. 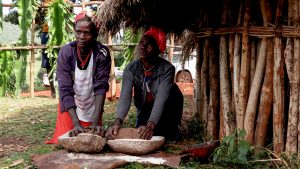 H.E. Roman Tesfaye, former First Lady of Ethiopia and CEO of the HRF said during a speech at an advocacy conference in West Omo in February 2022, “My decision to work in this area, which is around 700 kilometers from Addis Ababa, is triggered by the suffering of pastoralists who are most marginalized, particularly women and girls. Thus, my focus is to try to empower economically the pastoralist women to stand up for their rights and to be more vocal about their needs.”

H.E. Roman is thus on her way to fulfilling her promise and contributing her share to the challenges of the pastoral women of West Omo. HRF started fundraising efforts to help with the difficulties and after securing the fund in last February, the high-level delegates of HRF led by H.E Roman transported the five grinding mills to the areas and started the installation process in collaboration with the relevant stakeholders. Accordingly, the administrations of the Meinit Goldiya and Meinit Shasha woredas have been working together in this course to provide land parcels for the construction of grinding mills in the five kebeles. Similarly, communities from the five kebeles joined the effort by contributing building supplies from their area.

Following the completion of the necessary construction and installation of the grinding mills, the working team led by HRF’s Youth & Women Economic Empowerment Program Chief Ato Fekadu Tesfaye, formally handed over the mills and held a launching ceremony for the operations on October 21, 2022. It is said that the installation of the mill will help more than 22,000 project beneficiaries who live in the five kebeles. 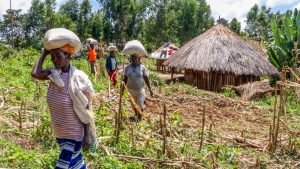 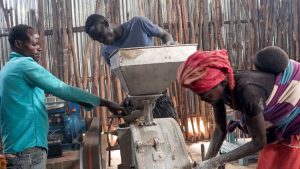 The pastoral women we spoke with during the inaugural ceremony expressed their excitement at having access to the grinding mills and contrasted it with their hardship in the past. A mother of four from Kira Kebele named W/ro Worke Ferenja detailed the situation, saying, “I am spending as long as five hours a day grinding grain, and fetching water is also being highly time-consuming.” She claims that motorized mills are seldom found in these pastoral areas and that all women grind by hand using conventional stone mills. She is very delighted with the HRF’s donation of motorized grinding mills to her Kebele. 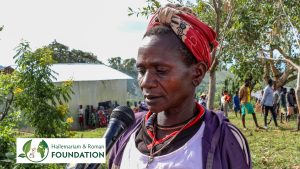 Similar to her, W/ro Belinesh Gidani, a mother of 3, said that using a stone mill to grind grain was one of the most challenging tasks she used to have every day. She also said that in order to access motorized grinding mills, she would have to travel a greater distance, more than 30 km, from her village, and even then, she wouldn’t have the money. She hereby expressed her happiness over the fact that the provision of this grinding mill as a donation will lessen her workload.

Eventually, the HRF entrusted the grinding mills to be owned and managed by the local community in partnership with the government, and it was made clear that the revenue from the service could be used to pay for mill maintenance and the procurement of other mills serving the same purpose. 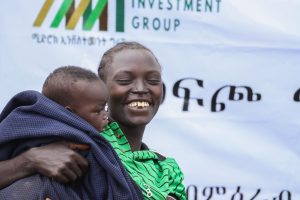 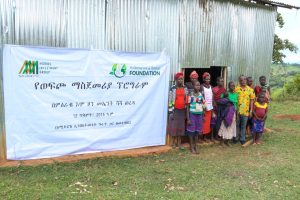